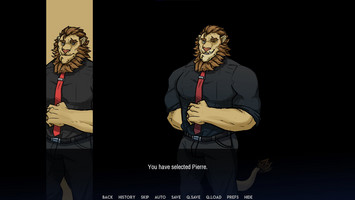 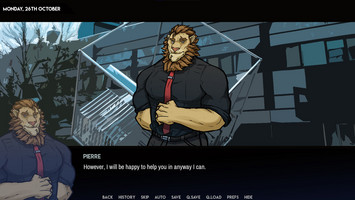 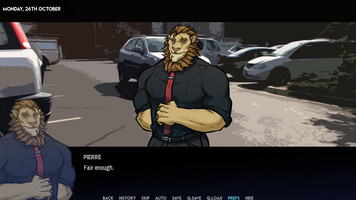 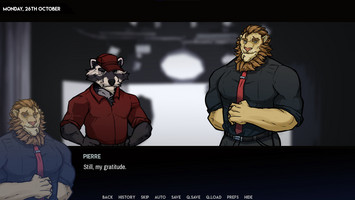 It's been a long while since the last update. Past a year now, I believe. Sorry for the absence!

On a brighter note, I'm very close to finishing my degree, which means, I'll have a bit more spare time in the future!

As the title suggests, Pierre day 1 is here! Meaning that you'll be able to select him during the selection screen. Pierre is a surprisingly fun character to write about due to his nuanced personality in comparison to the other cast members. He can come off as a bit standoff-ish, but behind that facade, he's a pretty nice guy!

A raccoon character comes into his story, a grumpy photographer who you'll see walking around the place that you'll be visiting soon!

The gallery section has been worked and reworked over the time that I haven't been uploading. It's still pretty bare-bones but you should be able to see the idea that it offers. I've also added a legacy section for older backgrounds that I used to use for the previous builds. In case some of you have missed it.

And in a collaboration with @GruntSteel, there's a crossover episode regarding one of the main characters of Distant Travels. Who, you may ask? Well, find out by reading through the story! You can access it by clicking Extras on the Main Menu screen.

This brings me to my next set of agenda, the Thank you cards. Due to the amount of unexpected popular demands, I was not prepared to be taking a lot of requests in a short amount of time. It made it fairly difficult to create these Cards while still continuing the development of the VN. I have also been told that the price I'm charging for these cards is very low relative to what is deemed 'normal', hence why that could've been a part of the reason for these demands. Thus I have decided to create a new Tier, for these cards. Old supporters who have passed the criteria but are yet to receive a card will still receive their promised card. Simply contact me (to remind me) and we will discuss it in further detail. The 'Coolest Cat' tier will stay the same, with the added bonus of contributing to polls and having their name prioritised in the credits.

On that note, be sure to vote for what the general pricing could be. I'm new to these kinds of stuff, so it would be a huge help in knowing what is acceptable for these cards. You can access the poll here: https://www.patreon.com/posts/73592977 or by checking the post through the main page of my Patreon.

Again, thank you, everyone.

NOTE: 1.10 will be released to my Patreon supporters.

So i guess saves are broken with the new update?

just a little stress, but it is ok. good reason to go back through and re-read it again I guess :D

I just saw Pierre sprite and we can clearly see him wearing a jockstrap hehehe...

Very happy to see this updated! This is one of the first VNs I read, and what got me into making one!

Bruh....I came here as SOON as I saw my email notificiaton! My patience paid off. Welcome back!

Sglad this VN is still alive had so many abandoned.  Great work cant wait for the police Chief update.

Yay you are the best

I have never clicked so fast on a notification before! I'm happy you're back!! <3

You may have already fixed this for the 1.10 Patreon release but on the new public update I found a glitch. During the scene where you get dounuts with Norman and Sally, Normans sprite doesn't load correctly. (This is from the Android release.) Its also only for a bit of the start of the scene, from what I've played so far the rest i believe is normal.

Actually it seems to be an error with a specific sprite, I've found it again in a few other places. 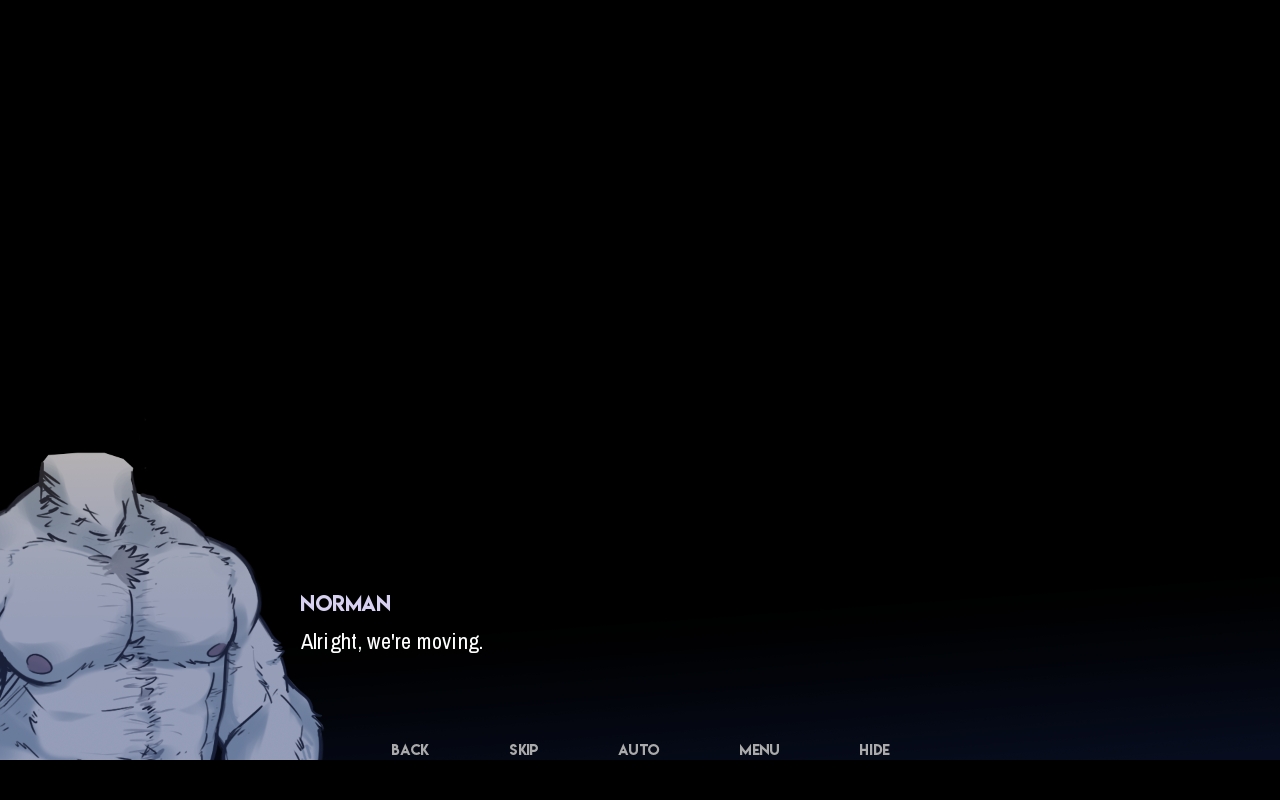 This update made my day <3

Good luck with the degree!  Make sure you devote enough time to getting it, we can wait for updates on the game :)

IM SO HAPPY TOU ARE BACK 😍🥳

Ahh! Been waiting what seems like forever for this, well done on almost finishing your degree too! 😊

YOU’RE BACK AHHH I MISSED THIS ;w;)

YESSS YOU GET THAT DEGREE YOU DESERVE IT THANK U FOR BRINGING THIS GAME INTO OUR LIVES!!!

OMG you are back!